The Councilor for Culture, David Tejeiro, the Councilor for Equality and Diversity, Carmen García, the director of the play, Juan Bertuchi, the president of the Colega association, Santiago Rubio, and the professor of corporal expression of the Higher School of Dramatic Art from Malaga (ESAD), Chencho Ortiz, have attended today at the Ruiz Picasso Cultural Center the presentation of the play "Los Chicos de la Banda", a non-profit performing arts project that interprets in the key of comedy, drama and musical life of people from LGTBI groups, and that has the support of various representative entities of the sector.

The performance will premiere in October, preceded by a Gala scheduled for June 26.

Today the project is announced that will be released next October and that will be preceded by a Gala on June 26 in which a preview can be seen. The Councilor for Culture has been "proud and grateful" that the promoters of this cultural project have chosen Torremolinos to carry it out. "From the City Council we are making a great effort to promote the performing arts in the town and that is why when they presented us with the idea and the meaning of the proposal, we did not hesitate to put at their disposal all the resources that are within our reach," he said. Tejeiro explained.

With the aim of claiming friendship against hate speech and denouncing any type of discrimination or intolerance suffered by the group, Torremolinos welcomes this new adaptation by the American playwright Mart Crowley under the advice of the director of the original Spanish version, Jaime Azpilicueta, and the special collaboration of the journalist Domi del Postigo. A project that has been developed for a year after the adaptation of the script, the call for auditions, rehearsals and other procedures prior to going on stage.

Carmen García has also shown her appreciation for taking advantage of Torremolinos and all that it represents in terms of vindication and visibility of the collective to recover a history “that makes us think that the society of 50 years ago has not evolved as much as we can imagine. The issues of then, the conflicts, are reproduced again and from the Equality area we join this proposal with which it is intended to give that image of diversity and integration for which the City Council works."

In the presentation, a message from the actor Manuel Bandera could be seen, who recalled his interpretation in the last commercial version of that work that was carried out in Spain, and I wish the project every success. In this sense, the director of the work, Juan Bertuchi, has highlighted the enthusiasm and effort that is being put into this non-profit project, which has the direct collaboration of Colega Torremolinos and “the involvement, support and the advice of many people, including Jaime Azpilicueta, director of the version released in Spain in 1975 ”. He has also emphasized the message that the entire text gives off "that vindicates friendship over hate speech." 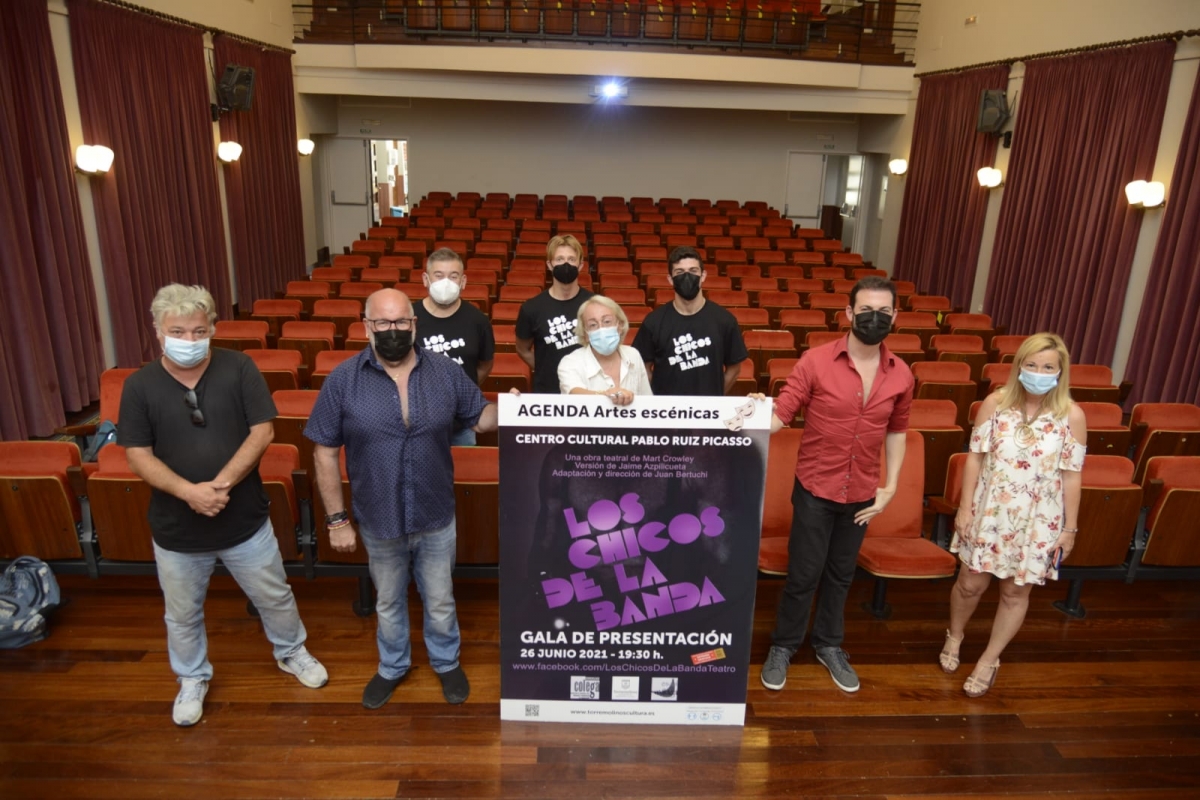